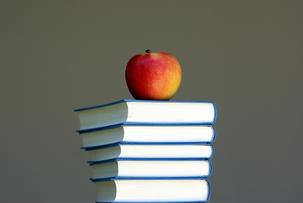 Rising above to succeed...

Helping Teenagers & Parents Deal with the Pressures and Stress of the High School Years:

​
How To Be a High School Superstar by Cal Newport
College Admissions Together: It Takes a Family by Steven Roy Goodman & Andrea Leiman
Where You Go Is Not Who You’ll Be by Frank Bruni
You Are Not Special: …..And Other Encouragements by David McCullough
Brainstorm: The Power and Purpose of the Teenage Brain by Daniel Siegel
Your Defiant Child: Eight Steps to Better Behavior by Russell Barkley
Parenting with Love and Logic by F. & J. Fay Cline
Parenting Teens with Love and Logic: Preparing Adolescents for Responsible Adulthood by F. & J. Fay Cline
The Seven Habits of Highly Effective Families by S. Covey
Parenting Teenagers: Systematic Training for Effective Parenting by D. Dinkmeyer & G. McKay
Mindset: The New Psychology of Success by Carol Dweek
How to Talk So Kids Will Listen and Listen So Kids Will Talk by A. Faber & E. Mazlish
Building Resilience in Children and Teens: Giving Kids Roots & Wings by M. Kenneth & R. Ginsburt
Raising Self-Reliant Children in a Self-Indulgent World: Seven Building Blocks for Developing Capable Young People, by S. Glenn & J. Nelson
Boys and Girls Learn Differently: A Guide for Teachers and Parents by Michael Gurian
The Wonder of Girls by Michael Gurian
The Wonder of Boys by Michael Gurian
Second Shelter: Family Strategies for Navigating Therapeutic Boarding Schools and Residential Treatment Centers by R. Haid & E. Donnelly
Attachment-Focused Parenting: Effective Strategies to Care for Children by Daniel Hughes
The Parent Playbook by Russell Hyken
Parenting the Hurt Child: Helping Adoptive Families Heal and Grow by G. Keck & R. Kupecky
Unconditional Parenting: Moving from Rewards and Punishment to Love and Reason by Alfie Kohn
The Price of Privilege: How Parental Pressure and Material Advantage are Creating a Generagion of Disconnected and Unhappy Kids by Madeline Levine
How to Raise an Adult: Break Free of the Overparenting Trap and Prepare Your Kid for Success by Julie Lythcott-Haims
Teens in Turmoil: A Path to Change for Parents, Adolescents and their Families by C. Maxym & L. York
An Unchanged Mind: The Problem with Immaturity in Adolescence by John McKinnon
To Change a Mind: Parenting to Promote Maturity in Teenagers by John McKinnon
When Parents Love Too Much: Freeing Parents & Children to Live their Own Lives by M. Meyerson & L. Ashner
The Blessings of a Skinned Knee: Using Jewish Teachings to Raise Self-Reliant Children by Wendy Mogel
Blessing of a B Minus: Using Jewish Teachings to Raise Resilient Teenagersby Wendy Mogel
Positive Discipline for Teenagers: Empowering Teens and Yourself through Kind and Firm Parenting by J. Nelson & L. Lott
Crucial Conversations: Tools for Talking When Stakes are High by K. Patterson
Real Boys: Rescuing Our Sons from Myths of Boyhood by William Pollack
College that Change Lives: 40 Schools that Will Change the Way You Think About College by Laren Pope
Power and Compassion: Working with Difficult Adolescents and Abused Parents by Jerome Price
The Journey of the Heroic Parent: Your Child’s Struggle and the Road Home by Brad Reedy
The Overachievers: The Secret Lives of Driven Kids by Alexandra Robbins
Raising NLD Superstars: What Families with Nonverbal Learning Disabilities Need to Know About Nurturing Confident, Competent Kids by Marcia Rubinstein
Boys Themselves by Michael Ruhlman
The Good Enough Child: How to Have an Imperfect Family and Be Perfectly Satisfied by Brad Sachs
The Good Enough Teen: Rising Adolescents with Love and Acceptance (Despite How Impossible They can Be) by Brad Sachs
Why Gender Matters: What Parents and Teachers Need to Know about the Emerging Science of Sex Differences by Leonard Sax
Boys Adrift: The Five Factors Driving the Growing Epidemic of Unmotivated Boys and Underachieving Young Men by Leonard Sax
Girls on the Edge by Leonard Sax
Parenting Your Out of Control Teenager: 7 Steps to Reestablish Authority and Reclaim Love by Scott Sells
Parenting from the Inside Out: 10th Anniversary edition: How a Self-Understanding Can Help you Raise Children by D.J. Siegel & M. Hartzell
Not By Chance Tim Thayne
How Children Succeed: Grit, Curiosity, and the Hidden Power of Character by Paul Tough
The Parents We Mean to Be: How Well-Intentioned Adults Undermine Children’s Moral and Emotional Development by Richard Weissbourd
Parenting Your ADD Child: A No-Nonsense Guide for Nurturing Self-Reliance and Cooperation by Craig Weiner